Fuck First Impressions: About the Theme

Remember Harvey Dent? He is Two-Face, a villain from the Batman series. While growing up under an abusive father, he developed repressed mental illnesses such as bipolar disorder and schizophrenia. These conditions appeared when Sal “Boss” Maroni threw acid in his face, scarring Harvey Dent for life and ‘turning’ him into Two-Face. Harvey’s outer appearance reflects his inner self. This appears to be a trend in popular culture, where the villain of the story often has a disfigured body part, bad skin or another disability that is easily recognized.

We rarely find a villain without any physical disability. Think about Captain Hook missing a hand, Dracula’s pale skin, Klingons’ abdominal ridges in Star Trek, Vaas Montenegro’s scars and dark circled eyes in Far Cry, or Ganon’s grey skin complexion in the Legend of Zelda. Looking ‘unhealthy’ is almost the equivalent of being evil. The Mass Effect series take that to the next level where a ‘good’ Commander Shepard has a handsome and healthy face, but his evil (renegade) version shows a broken skin, bio-circuitry and shiny red eyes. 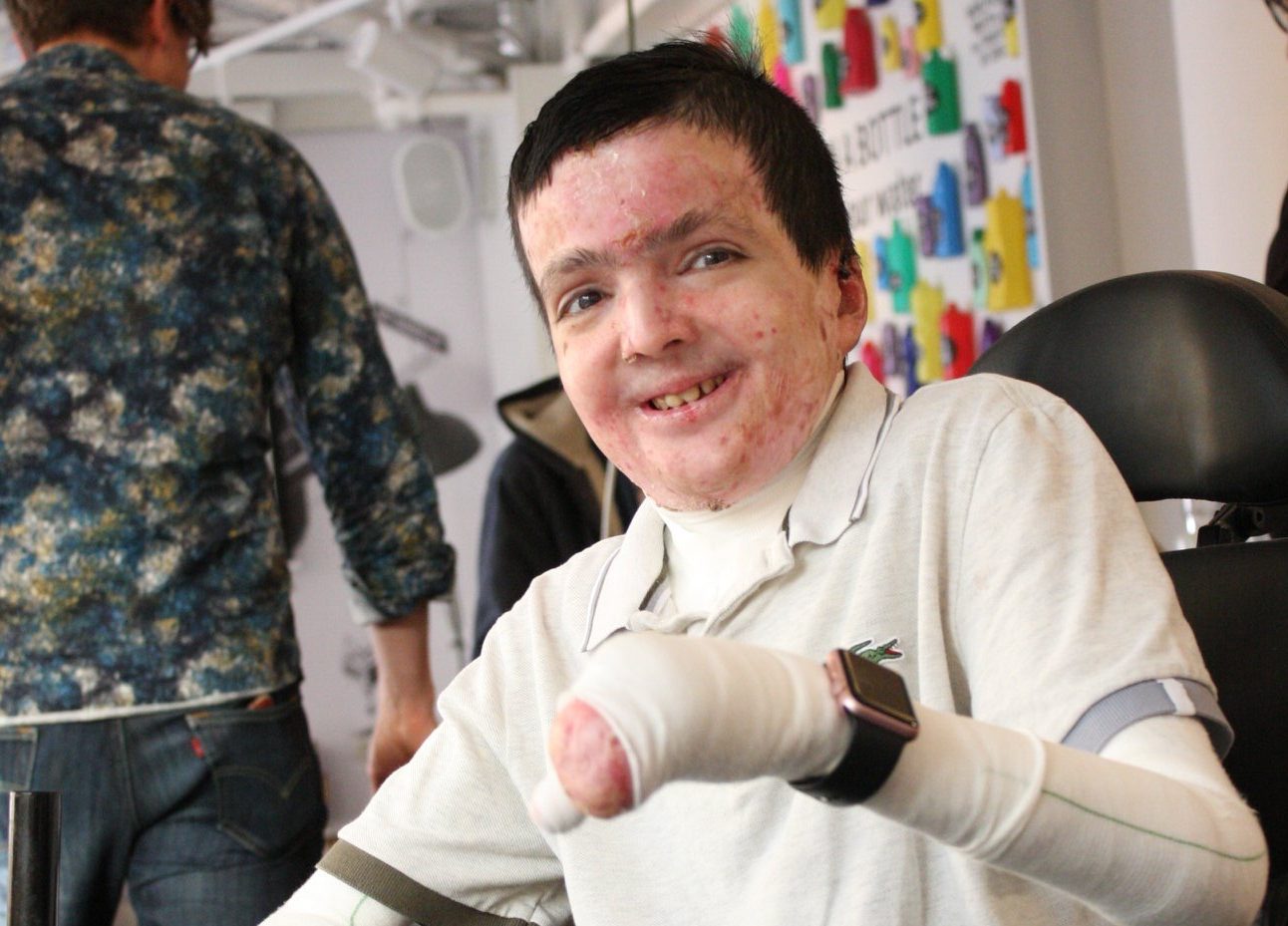 People with a bad skin (resulting from i.e. a skin disease), a physical disability or other non-standard appearance are sometimes approached with apprehension or are ignored. We believe that popular media contribute to the thought that our appearance reflects our inner self. Stereotyping evil characters in games in this manner further contributes to ingrain this idea in our culture.

“Get to know someone before judging them”

The Games [4Diversity] Foundation wishes to break this stereotype. That is why this year’s game jam explores the perspective of people with a skin disease, with a physical disability or any other non-standard appearance. Together with the EBor Foundation we inspire people to ‘fuck first impressions’. Get to know someone before judging them at first sight!

By creating games with and for individuals with a disability, we aim to improve the representation and inclusion of this socio-cultural minority. In just 32 hours, we create playable prototypes and present the games at the EBor Awards on Sunday November 4th at the Winkel van Sinkel, Utrecht, The Netherlands.

I spoke with Dutch news network NOS about the importance of diversity of game characters.

This year #TheGameAwards will induct our third FUTURE CLASS.

We're looking for 50 individuals who represent the bright, bold and inclusive future of gaming.

Know someone that should be considered?...